Sandy was crowned ‘Bàrd a’ Chomuinn’ at the Royal National Mòd in Glasgow in October 2019. The appointment ran for 2 years until October 2021.  Her collection of Gaelic poetry and songs ‘Crotal Ruadh – Red Lichen’ was published by Acair in 2016, and won second prize that year in the Donald Meek Award for Gaelic Literature.  She had previously won the Wigtown Gaelic Poetry Prize in 2013; and the Irish/Scots Gaelic Poetry Prize ‘Choirnéil Uí Néill’ in 2014.  She was a recipient of the Duais Sgrìobhadairean Ùra – New Writer’s Award of the Gaelic Books Council and the Scottish Book Trust in 2011.  Her second collection, ‘An Seachdamh Tonn – The Seventh Wave’ was published by Acair in July 2021.  Her third book, ‘An Naomhsgeul as Buaine – The Most Enduring Saint’s Fable’, a suite of poetry commissioned by the Royal Irish Academy to mark 1,500 years since St Columba’s birth, was published by Sallan Ltd in October 2021.

Sandy is a long-time active participant at the Royal National Mòd, and was awarded the Oban Times Gold Medal in 2017.  She has won various Mòd competitions for singing, clàrsach, composing and choral arrangements, and is a former conductor of the London Gaelic Choir. She holds music qualifications from the Universities of London (in composition) and the Highlands and Islands (in performance and recording), and plays clàrsach and concert harp. 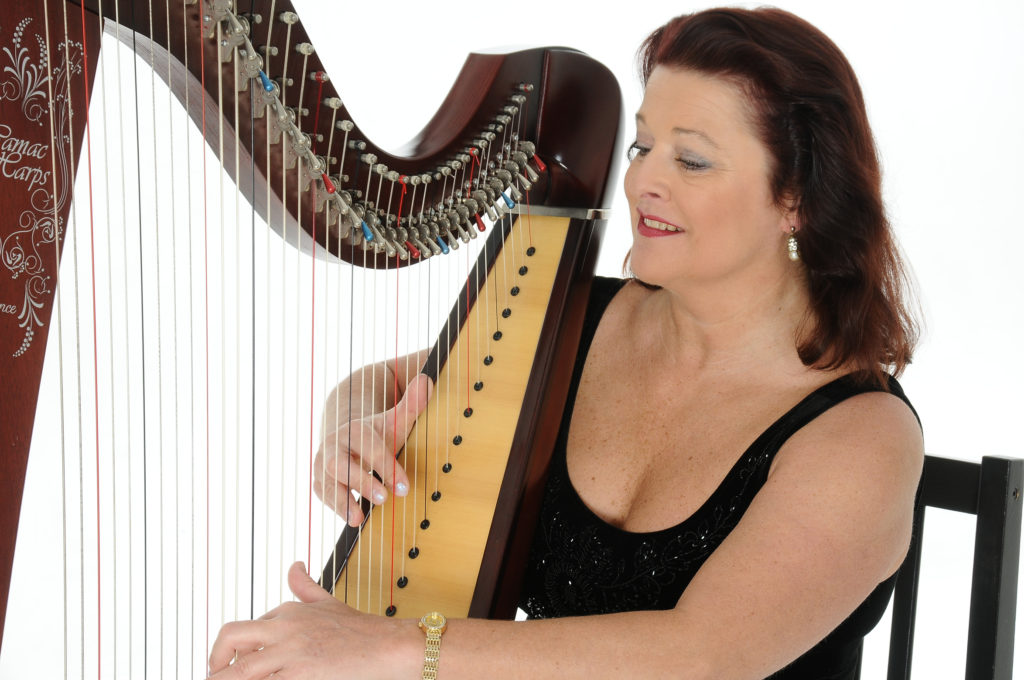 By profession, Sandy is a linguist as well as a governance adviser; and a former executive in UN and Commonwealth organisations and international development charities. She is currently Director of Governance at the Gaelic College Sabhal Mòr Ostaig, where she earlier served for ten years as a Board member; she is also a former Board member of Bòrd na Gàidhlig, the Gaelic Board.  She speaks several other languages, including French, German and Spanish, and is currently learning Welsh. She studied at Oxford and Harvard Universities, and is a Fellow of the Chartered Institute of Linguists (CIOL), as a literary translator and language coach.